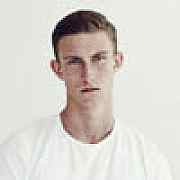 Field Gray is about the experiences of a Berlin police detective, Bernie Gunther, who becomes entangled in a web of espionage and deceit after being captured by the Red Army in 1945, serving hard time in a Russian POW camp, deflecting back to Germany, escaping to Cuba, being captured by the CIA, and finally being forced to serve for French Intelligence, which ultimately lands him back to his original starting point in Berlin in 1954. Sound interesting? Absolutely! And I felt this novel had such tremendous potential at the start, with Gunther hiding out in an exotic location (Havana) and being blackmailed into taking a mysterious woman (an undercover assassin!) on a boat to Haiti. But quite literally, the action ends there. And that is page 19. The next 300+ pages has Gunther in the hands of one set of interrogators or another, as he is captured before reaching Haiti. So the reader learns his backstory from 1931 through to the present (which is 1954) as he answers questions from whichever holding cell he happens to be in at the time. Therefore, most of the novel is a frame story in that sense. But the problem is, Gunther is just a leaf blowing in the wind. He makes no decisions regarding his own fate, and relates to his past experiences in such a way that there is very little room for the reader to feel emotionally connected to the character or his experiences. At one point, I just stopped caring what happens to him anymore. The last 50 pages finally becomes interesting again as Gunther gets himself involved in a plot to help the French capture a wanted traitor while simultaneously tricking them into helping the Americans capture their wanted criminal—a ruthless Stasi communist who regularly appears throughout Gunther’s backstory (and actually existed in real life). For the first time in the novel, Gunther finally does something. But to get there, you have to suffer through the rest, and that includes the introduction of countless names (I counted over 60 names in the first 100 pages), ninety percent of which have absolutely nothing to do with the course of the novel’s events. It just makes one feel disconnected to Gunther and his plight. The good thing about this novel is that the author is actually an excellent writer. Lots of sharp humor, lots of wit. Gunther is a wise-cracking gem, and his retorts often evoke an internal giggle. It is also an historical novel in the sense that Gunther’s story takes place amidst events which seem to be depicted pretty accurately, from the rise of Hitler and the Nazi Party through to the end of the War and the Nuremberg Trials. That is definitely interesting. But I think this is also supposed to be a spy thriller. Only, where is the thrill? 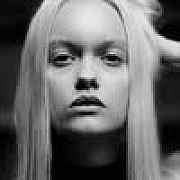 Emi and Polly Leto are identical twins, yet as they grow up they have great differences in character. When I began reading the book I kept being reminded of Her fearful symmetry by Audrey Niffenegger, which I read a couple of years ago. It was also a kind of Bildungsroman about identical twins, and was also set in London, at least in part. For the first few chapters I kept thinking that I could always give up and abandon the book if it got too boring, but somehow it never did, and the story got more interesting as it progressed, and I think it is considerably better than Her fearful symmetry. Emi, who was always closer to her mother when they were growing up, decides, as her mother did at one point, to drop out of her life, and disappears completely in order to reinvent herself. But she fails to tell Polly or any of her friends where she has gone, leaving them wondering what has happened to her. I suppose that is one of the things I find interesting and appealing about the story. We are interested in family history, and one comes across a surprising number of people who seem to disappear without a trace, without telling members of their family where they are going. Nowadays electronic social networks make it relatively easy to find old friends that you haven't seen for years, but only if they want to be found. It is difficult to find someone who really wants to hide, though in the end they often do surface somewhere. I last saw my own father when I was 12 years old, and only found out that he had died 14 years after his death. As the book points out, thousands of people go missing every year, and while some turn up within a week or two, many are never found by their friends and families, and the police aren't very interested unless there is good reason to suspect foul play. 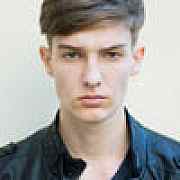 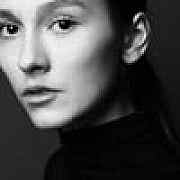