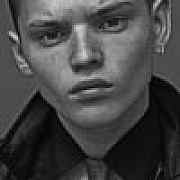 Naidoo, B. (1986). Journey to Jo’Burg: A South African Story. New York: HarperTrophy. 0064402371 Set in historical South Africa during the time of apartheid, Naledi and her brother Tiro worry about their sick younger sister. Certain that their sister needs a doctor, they decide to disobey their grandmother’s wishes and leave their small town to journey to Johannesburg where their mother works as a servant to get her help. While on their journey the children are helped by several other black people along the way, but are cautioned about the rules of apartheid that are strictly enforced in the city. They also are exposed to the class and power relations and learn of the hope and rebellions for social change, most notably the Soweto Uprising of 1976. While the narrative is both short and fast-paced there are some plot holes. For example, at the very beginning of the story, Naledi and Tiro decide that because they would get in trouble for asking for money to pay for a telegram, they should walk to Johannesburg, a city over 300 kilometers away. Now call me crazy, this could be my own cultural background speaking, but wouldn’t Grandma be a little more upset that you go on a journey to a strange and dangerous city without help or money than ask for some money to send a telegram? Maybe it’s just me. I don’t know. Published during the height of Apartheid in the mid-1980s, this book was banned in South Africa until 1990. This would be a wonderful book to use to help students think globally about issues of power and class. It could also be the basis for doing a comparison between Apartheid and segregation in the U.S. Activities to do with the book: In a social studies or history class, Journey to Jo’Burg could be used to compare and contrast the history of South Africa with that of the U.S.A. Similar themes include class divisions by race, segregation and apartheid, police abuse and brutality, the fight for civil rights, protests, etc. It could specifically trigger a lesson on protests like the Soweto Uprising, in which students protested the structurally racist and oppressive education system and were killed. Favorite Quotes: “Naledi and Tiro were worried. Their baby sister, Dineo was ill, very ill” (p. 1). “Why shouldn’t we use the bus? When our buses are full, their buses are half empty. Don’t you be sorry!” (p. 26). “All those lesson on writing letters…for jobs as servants…always writing how good they were at cooking, cleaning, washing, gardening…always ending with “Yours obediently.” Naledi had never thought about it before tonight, but never, never, had she written about wanting to be…say, a doctor. Yes, that’s what she’d like to be. Image how useful it would be if she became a doctor, especially in their own village. She could even look after her own family.” (p. 72) For More of my reviews, visit sjkessel.blogspot.com.