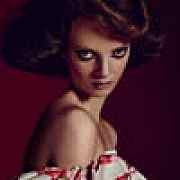 ** spoiler alert ** I'd give this 3.5 stars if I could. Three stars doesn't seem to be quite enough but I'm sort of stingy with my four stars. **Spoilers for the book and Season 1 of True Blood** * * * * So I read this book because I watched and enjoyed the first season of True Blood. I had heard that the book was fairly different from the tv show but I have to say that for the most part, I disagree with that. I thought most of the story was very similar to the tv show, some of the chapters even seemed to correspond exactly to specific episodes. Since I'd seen the show first, I knew who the bad guy was and I think that effected my opinion of the books, I wasn't surprised by really anything. It is hard to rate book without comparing it to True Blood. For example, the book doesn't mention Sookie's friend Tara at all and in the show she was pretty involved. I sort of missed that character and felt sad for book Sookie that she didn't have a friend. Also, the ending was a bit different in that the vampire Bubba wasn't on the show, he is kind of a weird character though so that was pretty unexpected. And on the show it was Bill and Sam that saved Sookie from Rene, though I did like that Sookie saves herself in the book. Also, the other big difference was Eric kiling Long Shadow. In the show that was Bill that killed him and that is why he had to leave town - to be punished for that. I must admit that I liked that part of the tv show better than the book. Also, in the show Eric wasn't really interested in Sookie though I've read some spoilers for season 2 and I believe that may be coming up. Anyway, I liked the book, I was lighter than I expected. I had thought it would be spookier but I wasn't really scared at all. The book wasn't really even that graphic and I had expected it to be. I can't wait to read the next books though and see where the story goes from here. 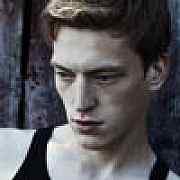 This was a good but sad book. I loved reading about the mouse. He is so sweet and cute.