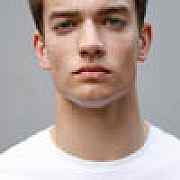 So boring. Could not finish. 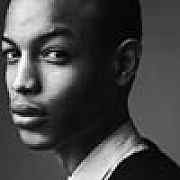 2016 02 23: Still as adorable as I remember!!!! 2007 01 01: I wish I knew how to get people to read this book. This book is fabulous. It's very much speculative fiction, told in a Victorian style, a what-if romp through what might have happened if space had been like people of the 19th century had imagined and the British took their colonization ideals out into the far reaches of the solar system. It is amazing and creative and so full of imagination I am not quite sure how all the fantastic elements Reeve devised actually fit in one tiny book. That is how full of awesome Larklight is. Larklight is the story of young Art Mumby and his sister Myrtle, who live in a huge, rambling house called Larklight just near to the Moon with their father, who is constantly caught up with his research of space-life. They don't get many visitors, until one day, a Mr. Webster sends notice of an impending visit, and everything in Art and Myrtle's life changes. Mr. Reeve is one of those authors I love, who doesn't just write. He puts words in sentences and makes them dance, makes them work for their supper. There are cliche ways to say this: painting a picture with words, lyrical prose, blah blah blah, I could go all day, but there's really nothing like proof of his genius and wit and how well he makes language his bitch besides sampling the text: "Among my mother's books I had once discovered a volume of stories by a gentleman named Mr Poe, who lives in Her Majesty's American colonies. There was one, The Premature Burial, which gave me nightmares for weeks after I read it, and I remember thinking that there could be no fate more horrible than to be buried alive, and wondering what type of deranged and sickly mind could have invented such a tale. But as I lay there immobilised in a jar on the wrong side of the Moon with only a ravening caterpillar for company I realised that Mr Poe was actually quite a cheery, light-hearted sort of chap, and that his story had been touchingly optimistic." I fall hard for lots of books, but that hard fall usually mellows out into a warm, cozy love. I've done this through my reading career. A Wind in the Door fits this bill, The Book Thief is another, When the Emperor was Divine also fits the bill. But with Larklight, I have fallen hard and I haven't reached the bottom yet. I think there are some reasons for this, as Larklight contains: - Pirates. - PIRATES. IN SPACE. - Hijinks and escapades! - Spiders in bowler hats. - Hilarious and reflective social commentary over the imperial ideals of the 19th century. Complete with accompanying shenanigans and mechanical doodads! - The gracefully handled romance! - JACK HAVOCK. However, Mr. Reeve did have quite an ideal of Mr. Richard Burton, I'm sorry to report. 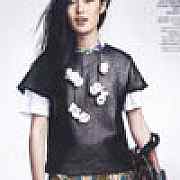