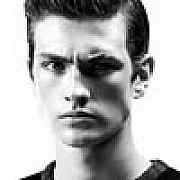 First-rate Heyer. Here's a family: mother kind of helpless the way a lot of Heyer mothers are; father a weak-willed gambler; oldest son Charles arrogant as you get when everybody else in your family is an idiot (and he's engaged to the most awful busybody right out of Austen); oldest daughter Cecilia rejecting an arranged marriage to quite a nice man in order to fall in love with an extremely handsome and absent-minded poet. And in comes their cousin, Sophia, who's been raised by a traveling military father; she's utterly courageous and self-sufficient and has no clue about convention, and she fixes everything. Sophy is wonderful -- when Charles gives her a lecture that begins, "If you wish to please me ..." she replies, "But I *don't* wish to please you." She's utterly unpretentious, but not really lacking in respect for proprieties: When someone explains a rule to her, she makes a reasonable judgment about whether to obey it or not, based on the likely effects on others. And she's quite brave, but she doesn't do anything, really, that anyone couldn't do -- I mean, the risks she takes aren't really that great, except that she doesn't care what people say about her. And she's very clever about people. I loved the poet, Augustus -- he's delightfully focused on poetry and nothing else. When Cecilia breaks off their engagement, he says vaguely, "Yes, I was not made for marriage, but you must, must allow me to dedicate my tragedy to you. Now, for this poem, what do you think of the title, 'To Sophia, Lifting a Lamp'?" Charles, the hero, didn't seem quite worthy of her, really; he wasn't as stiff-necked and obnoxious as he first appeared, but there was nothing special about him, either. Period prejudices made me nervous -- the incredibly lazy Spanish noblewoman ("very indolent, as all Spaniards are") and the evil Jewish moneylender. 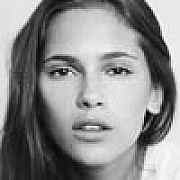