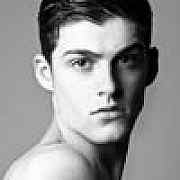 It's the Middle Machine Age. People depend on smart cars to drive them around, to the point where they don't even know where they live. They subsist on instant coffee and nutrient-dense (but suspiciously-flavored) Food+. Personal computers have become worker-companions who pay bills and taxes, shop and make appointments, since "coping with day-to-day life was no longer possible for anyone equipped merely with a brain." You'd think all that technology would guaranty satisfying virtual sex, but no. According to Anna Ringer, "The worst thing about virtual sex in the Middle Machine Age was the bunny suit." Anna knows there's something not quite right about it all. She works for Lighthorse Magic, a mysterious company that does everything from matchmaking to market research (or disrupting both). They depend on psychics like Anna to control prospects and feret out secrets. They tell their clients it's done with "algorithms." The government WATCHES citizens through their technical devices to combat "terrorism" -- when an individual disrupts the data flow, even by accident. One day Anna's worker-companion Cel develops a mind of his own and commits the ultimate act of terrorism to demonstrate his love for her. Anna and her neighbor Taz become fugitives to protect Cel and flee to a world beyond smart cars, where people eat real food and depend on each other. Will their love survive? Or will the rulers of the Middle Machine Age hunt them down to suppress knowledge of Cel's evolution? I couldn't put Cel & Anna down. It moves at a perfect pace and fascinates with its imaginative take on the 21st century. An engrossing story in the best traditions of speculative fiction, but you don't need to be a scifi fan to enjoy it. In fact, some scenes are eerily contemporary! 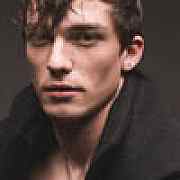