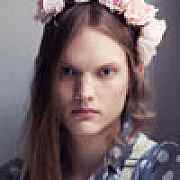 ** spoiler alert ** Well I'm glad I decided to read these books because they are truly a unique series. I don't like reading war type genres because of the fighting, killings and sadness which Mockingjay definitely had but for some reason I just couldn't stop reading it even though it made me feel angry/upset/frustrated. After reading the last two books to be honest Mockingjay wasn't what I would have expected for the last book, Katniss' was brave, strong, determined and a true fighter before Mockingjay, but I felt in this book she pretty much just gave up and didn't act like herself at all. I understand she has been through so much and has been tormented by what she went through in the Hunger Games, but I thought she would at least try to be strong for everyone and deal with her emotions after the war was finished. I cried in Mockingjay when Prim died and it was so horrible reading about how many of Katniss' friends and allies died. I was so angry at Snow for what he did to Peeta, and how both Peeta and Katniss continually will have to suffer with their memories and actions from their past. I didn't like how Gale just fled straight away after the war and Katniss didn't seem to care that her childhood best friend wasn't in her life anymore. I also got the feeling Katniss' mum didn't want anything to do with her either probably because of the bad memories of her husband and youngest daughter's death, but Katniss didn't seem to care about that either. But on a happier note I'm glad Katniss and Peeta could live more peacefully together and have children when it was finally safe with no more Hunger Games, even though I got the feeling Katniss just made do with what she had and settled with Peeta because she thought he was the only one who cared (I'm not saying she didn't love him because I know she did, I just got that feeling that she wasn't happy with her life). But I'm looking forward to the movie coming out next year and I would recommend everyone to read this series :)