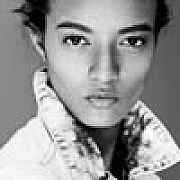 Started a little slow but I stayed up all night to finish it. Of course I am in a reading frenzy right now, devouring stuff I like. Magic seems minor to me in this, and the spicy (not saucy) love story (no sex scenes!) is as much a plot as what's happening in the King's palace, though it doesn't begin to build till the second half. Zoe becomes a great heroine. Constant crazy names usually bug me in Fantasy - there's not too much in this; just for $ or the holidays/seasons and the "blessings" which I didn't really get or care about in the beginning, but are a big part of the book, describing the characters character. Don't let that hold you back, if you do read it, take a minute to glance at the end page for reference. Am going to look for more from this author; wishing there was more "Troubled Waters". P.S. OK; I looked. And a lot of the descriptions of her many novels don't appeal. And maybe I liked this one so much out of pure escapism; but I also think it's an interesting concept of determining your strengths (as we've done in many areas and over the past man years - Are you a Fall, or a Spring? Left Brained? Etc). Here's the description from the author's website: Troubled Waters Zoe Ardelay is living in an obscure village, mourning her father’s death, when a powerful man named Darien Serlast arrives and informs her she must travel to the royal city and become the king’s fifth bride. Numb with grief, she accompanies him to the city of Chialto, but she is able to slip away from him and hide among the city’s vagrants. She doesn’t want to marry the king, but she doesn’t know what her destiny holds. Like everyone else in Chialto, Zoe frequently seeks guidance at the temples, pulling “random blessings” from great barrels of stamped coins; each blessing is related to one of the five elemental influences of air, water, fire, wood, and earth. Zoe is coru, a woman of water, and so was her mother and all her mother’s family; her father was sweela, a man of fire. Her brilliant father was exiled by the king at the urging of Zoe’s coru grandmother, and now Zoe wants to know why. But if she uncovers the momentous secrets of her family’s past, will her whole life change? Do her father’s secrets put the king at risk? And could Darien Serlast help her put the puzzle pieces together—if he would?