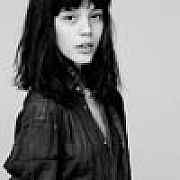 The first book in this non-series (since it hasn't been designated as one) was 'Were She belonged' and it was good. I've read it twice. This sequel, is even better, IMHO. This time, Lexi's cousins, Jacob and Troy Crimson (owners of Valerie's night clubs and Alphas of the Crimson pack) find their mate, Antoinette (Toni). There are problems though (of course!)... Toni doesn't 'want' to be their mate. Then two other Alphas (Luke and Brad, her current bosses and also Pack Alphas) say she is also 'their' mate. Seems that Toni has been developing strange 'powers' lately, but hasn't told any of the guys about it. Then there is the fact that Toni doesn't like bossy, dominate Alphas very much. How can a menage of 4 actually work? It's all too much... Additionally, there are some evil vamp/weres and a monster threatening everyone... There will be another book, hopefully, because nothing is totally resolved in this one and there are more characters to have stories. Solid 4 stars.