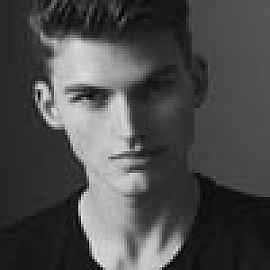 This book has a lot of excess unecessaries, but is a good story. Even better musical!! As I spend most of every day with teenaged girls, I consider this relevant research. Not quite as bad as I expected - though it was like bad fan-fic... by the end I was ashamedly interested in the story and I am now well into Half Moon (if that is what the sequel is called??)... it's much better than Twilight. Here's my thoughts at the end of the series: Twilight – The Good, the Bad and the Ugly Well, I’ll admit it. I’ve read all the Twilight books. My sister sang their praises and passed them on. I devoured them in a week or so and passed them onto Mr Campbell (not that he’s got around to returning them, but still…) So, I must love them, right? Well… I’ll admit, they’re compulsive. Somehow the narrative drags you on in a Harry Potter-esque manner. I couldn’t put them down; I couldn’t wait to find out what happened. But now the addiction’s over? I’m just not sure they’re as good as I first thought. Stephenie Meyer has done a fantastic job of writing a page turner, and I can’t deny that it has appealed to many people, but for me, I’m not sure the good outweighs the bad… For a start, there’s the writing style. I mean, it’s fine in a fanfic way, but that’s just what it reads like to me – it seems like she’s using a tick box forumla: complex words (use a thesaurus), check; unlikely metaphors and similes (to add interest of course), check; long, detailed descriptions of the narrator’s thoughts and feelings, check. It doesn’t really help that the narrator is one of the most uninspiring and insipid characters in literary history – yes, I mean you, Bella Swan! Let’s face it, she doesn’t even like herself! So how are we supposed to warm to her? I know what you’re all going to say – you don’t read these novels for Bella! It’s Edward we all love – he’s so heroic, so handsome, so wonderful… But this comes to what I think is really the ugly part of the novel. I can overlook the writing style, Bella’s character and the other niggling flaws. It’s a page turner, a great story – not a literary masterpiece! But I’m not sure I can overlook this last point. The relationship between Bella and Edward – the crux of the whole story – it’s just not quite right. The problem is linked back to Bella’s character. She arrives in Forks, and can’t quite believe that everyone somehow seems interested in her – now that’s not the reaction of a strong character. But what happens next? She forms a relationship with Edward. He is the ’strong’ to Bella’s ‘weak’. From practically the first time they meet, he exerts his physical power over her to get her to do what he wants, dragging her to his car, when she clearly expresses that she doesn’t want to… This doesn’t seem like a healthy start to a balanced relationship to me. It’s particularly disturbing when you think about it from a feminist perspective – what happened to women exerting their rights, no means no, equality between the sexes? And remember those empty chapters when they’re apart? A clever narrative technique perhaps. Or perhaps a reminder that Bella is nothing without her man. I know we’ve always had romantic anti-heroes in literature – you could mention Heathcliff, Darcy and numerous others. But there is a key difference for me (apart from the difference of 100 odd years, of course – and their setting in a pre-feminist society). I think that when we read Wuthering Heights or Pride and Prejudice we are encouraged to think about these characters – think about their bad side as well as the romance (and there’s also the added element that neither of them end up completely happy in the end – poetic justice I suppose). But with Bella and Edward I worry that the intended audience – teenage girls – aren’t thinking about the relationship objectively and examining the good and bad sides of Edward’s character, they’re just seeing the romance and dreaming about having a boyfriend ‘just like Edward’. Yes, it’s fiction, but when you become immersed in a story the way people have been in the Twilight series, it’s not ‘just fiction’ – for many on ‘Team Cullen’ it seems to have become a way of life. Perhaps I’m taking it a bit far now, but if you’re still unconvinced, try googling a checklist of signs of Domestic Violence – and just think about how many of those points apply to Bella and Edward’s ‘perfect’ relationship… This is a difficult book to summarize, so I'm not even going to attempt to. Simply put, it is a sad, suspenseful and provocative story about small town politics and cultures. It is also about anti-government ideas, the banality of small town communities, corporate disregard for humane approaches to business practices and the violation of women. A very broad spectrum of topics that intersect with the story of two small-town girls, their families and their equally traumatic yet different endings. The story was told in numerous first person accounts, characters that recalled or told the story from their personal memories or point of view. Again, it was a difficult narrative. Full of philosophical themes and literary diatribes, a lot of which I had to reread a few times to even remotely comprehend. I'm usually not so out of the loop of social conscience that a discussion of it's ills and failings leave me utterly confused, yet these written monologues were beyond my educated psyche. Very intelligent writing, thinking and content which is of no fault to the writer that I found too deep to form many opinions of. I did continue reading to the final page and can't say it was a waste of time. Just a very exhausting read. Also, though I am certainly not a prude, there was an over abundance of expletives throughout the book. This is small beans, but it did bother me to continuously have them there. Writers liberties, though. I'm guessing she had her reasons. Maybe I'm a bit dense and others will like this more than I did. I'd love to hear your comments or thoughts if you have read it.