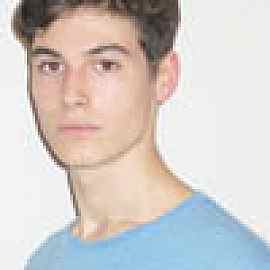 Originally featured on yareads.com, reviewed by Kiona This book blew me away – probably because I wasn’t expecting to fall so thoroughly in love with it. I went in thinking it was a ghost story, due to the summary on the back cover, but I was completely wrong. It’s a fantastic blend of paranormal and science fiction, at times reminding me of elements of Harry Potter and X-Men, both of which I love. Hourglass has so many great twists, some I saw coming and some that completely blind-sided me in the best possible way. This excellently crafted book is well-organized and completely absorbing, one of those I-really-shouldn’t-stay-up-until-2-because-I-have-class-in-the-morning-but-I-can’t-stop books. But let me backtrack for a minute. Hourglass tells the story of Emerson Cole, a teenage girl who began seeing what she believes to be ghosts shortly before her parents died in a horrific accident. Since then, Emerson has spent her time at mental institutions and boarding school. But when her scholarship is pulled, she is forced to move back home with her brother and his wife. She has only one friend at home, Lily, who has stuck by Emerson throughout her entire ordeal. And then Emerson meets Michael – the handsome consultant her brother has hired – and he turns her world upside down. The first thing I like about Hourglass was that Emerson confides in her brother and he actively tries to help her. There are so many books where the protagonist feels like they have to hide their “dark secret” because no one could ever possibly understand them. I just want to shake those protagonists and tell them to give their friends and family a little more credit. Of course, Emerson does spend some time in an asylum, but that’s realistic; she’s able to handle that and come out even stronger. Her brother, Thomas, is a wonderful character. He looks out for Emerson, doesn’t think she’s crazy, and continuously tries to help her. He’s also the perfect mix of cool-older-brother and authoritarian. I love his relationship with Emerson and even his rules regarding Michael. It’s easy to see how much he cares about his sister and how seriously he takes her predicament. Emerson. One of my favorite protagonists. First of all, she has a great name (and I’m not just saying that because I go to Emerson College). She is one of the most three-dimensional characters I’ve seen in awhile. Her biting sarcasm is consistently hilarious; she can take care of herself, due to martial arts lessons; she doesn’t let anyone tell her what to do and only opens up to those she truly trusts; she gets jealous easily, is willing to put others before herself, and occasionally breaks all the rules. She has such a traumatic past and though she certainly draws strength from it, her past is also a source of pain and confusion; she hasn’t completely healed. In fact, by the end of the book she’s even further from healing than the beginning, which just allows the possibility for more growth. I love the whole science fiction aspect of this book. The idea behind the Hourglass is so innovative and I was dying to know what it was from the beginning. Each character – especially members of the Hourglass – is fleshed out and serves a purpose. Myra McEntire is clearly a master at weaving intricate plots. She includes all the elements of great story-telling, including realistic characters with depth, witty dialogue, suspense, foreshadowing, and sizzling romance. Emerson’s emotions are so strongly conveyed that I felt them right along with her: her suspicion regarding Michael, confusion over Kaleb, anger at Ava, and love for Thomas and Dru. I like that Emerson doesn’t trust people easily. She has no reason to. So when certain characters finally gain Emerson’s trust, they also gained mine, which means I was just as shocked as Emerson by some of the final twists of Hourglass. This book literally has everything and I really hope I won’t have to wait forever for a sequel. The ending is left open and there are so many questions I still have about this world and the characters. Hourglass is sure to be a hit in the YA scene and I look forward to seeing it receive the recognition it deserves.