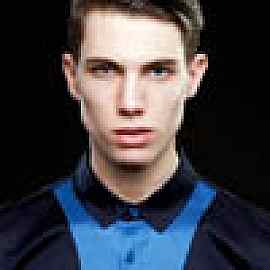 A fascinating insight into the mind and career of David Millar, one of the UK's (Scotland's) top professional cyclists. From his early days growing up in Hong Kong, through his time as a fresh-faced neo-pro with the Cofidis team - determined to be the best, but also to be the best clean - his continual exposure to doping and his eventual, unsurprising, descent into doping himself. Finally, coming out the other side, exposed and starting to rebuild his career - equally determined that the behaviours don't need to be repeated for future neo-pros. In part shocking - that Millar's team was quite so happy to leave him entirely unmanaged - he really was viewed as just fresh meat for the professional cycling scene; if he does well the team are happy to profit, if he crashes and burns they appear equally happy to just cast him aside. In part sad - without any real form of support, Millar seems to almost revel in his destructive personality. Throughout the book there are some surprising name-drops, riders who I had no idea had been implicated in doping scandals, but I assume that you wouldn't be allowed to name a rider in your memoirs unless his doping was a documented fact. Equally there are two names, both heavily involved in grooming Millar to accept his life of doping, who are known only as l'Équipier and le Boss. His parallel journey with Lance is one of the most interesting. Starting out as a doe-eyed fanboy, he eventually loses a lot of that respect as he realises that whether Lance is doping or not, his refusing to speak out on the subject is letting cycling down even more. It's well written, which is made more impressive as the book appears to be mostly written by David himself. Presumably guidance and editing provided by Jeremy Whittle. Detailed and engaging throughout, the book feels like a cathartic labour of love for the author. Unfortunately, just as the most annoying anti-smoker is an ex-smoker, so Millar sometimes runs the risk of getting a little carried away with his self-righteousness. Ultimately though, this is a book about redemption. Initially, the redemption of David Millar himself, but also his planned redemption of cycling itself. this has got to be one of my most favorite reads in recent years. i loved "the virgin suicides" and picked up this one just b.c i loved his first novel. there's a reason this won the pulizter.... it's AMAZING. If I could give this book 0 stars I would. Pretentious brats trying to be Pretty little Liars, horrible cliches of vampire girl x vampire hunter, and weird absent parents. The story didn't even mesh together. I hate how I wasted my time with this crap. I kept thinking it would get better and it didn't. I was close to finishing, gave up, and took my copy to the used bookstore to buy a better book.