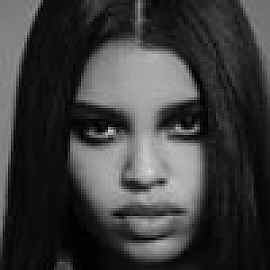 Some books pummel you with complexity, the intricacies of their narrative turns, the loose cannons of their language firing a grapeshot of overwrought descriptions and ideas at the white of the page. To contrast, McCarthy's words are like single bullets, fired accurately in quick succession. At it's heart, The Road is the simplest of novels, the story of a man and his son walking from one place to another. Like most road stories, it uses the act of traveling as a microcosm for life itself, and in McCarthy's case life, at it's core, is tantamount to sheer survival. The America of The Road has been scoured, laid waste by some undisclosed act of Man or God. The fields have been blighted, cities now husks, a silken ash darkening the sky and dusting everything. The play is human decency in the face of overwhelming decay. While bands of cannibals scour the roadways and suburbs, leaving piles of bones and charred remains, the father must perpetually convince his son that they are the "good guys," that they are the ones left "carrying the fire." Like everything in the novel, this conviction too is grey. Providing for his son means stealing from others, abandoning those in need. Survival requires wariness and cynicism. Yet the hope in the novel is in the boy, for whom altruism can and does exist, even if it's propped up by naivety. If McCarthy's post-industrial, post-technology vision of America is frightening, it's because it feels like all too certain of a possibility. Much has been made about the nature of the disaster (my money's on meteors), but this isn't really important. Like Faulkner's As I Lay Dying, The Road subjects its characters to the worst nature (human or otherwise) can throw at them, just to see what would happen, to see if humanity truly is a farce, as one old begger on "The Road" suggests when he claims, "God does not exist and we are his prophets."