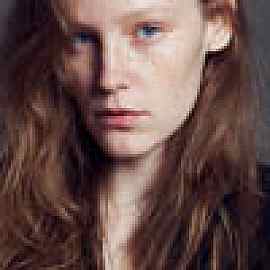 House at the End of the Street (Sokağın Sonundaki Ev) (DVD) BOOK REVIEW SHARI’A IN THE WEST Edited by Rex Ahdar & Nicholas Aroney Oxford University Press ISBN: 978-0-19-958291-4 www.oup.com SHARI’A IN THE WEST? WE SINCERELY HOPE NOT! An appreciation by Elizabeth Taylor and Phillip Taylor at Richmond Green Chambers The word ‘Shari’a’ fills us with a kind of glacial dread. And our disquiet about this vexed subject has not been much eased either on reading through this, nonetheless, fascinating book. Thought provoking and informative, it contains 16 essays from a global collection of expert contributors, most of them academics. Almost half are from Australia and New Zealand, three from America, two from Canada and there is one lone Dutch parliamentarian. The three from the UK include Bishop Michael Azir-Ali who has devoted himself full time to defending Christian minorities. Thought- you might deduce from this and other evidence that Christian minorities in certain non-Christian countries have a harder time of it than Islamic and other religious minorities in Christian countries. Could that at least partly explain why there has been so much immigration by Muslims into the tolerant societies of the West rather than the other way round? (The various maps of global Islam contained in this volume illustrate our point, as does, in part, the excellent section on ‘the West’ in the introductory chapter.) The book was published in 2010 with the “Acknowledgements” dated at Advent (pre-Christmas in the Christian religion) 2009. We are reminded that this book pre-dates the Middle Eastern revolution which started some three weeks ago in February 2011 as we write, first in Tunisia, then Egypt, then Bahrain, then Libya and so forth, with despots delivering increasing amounts of brutality to legions of their hapless antagonists. These revolts have involved Muslim citizens in their hundreds of thousands, most clamouring for secularism, free elections, free speech amid the oft repeated cry of ‘Freedom’ – which they obviously don’t see as incompatible with Islam. As most of them apparently come from the educated middle classes, one cannot help wondering what they would make of ‘Shari’a and the West’! It was published in response to the famous (or infamous) Foundation Lecture by Rowan Williams, the Archbishop of Canterbury in February 2009 in which he stated that ‘it seems unavoidable’ that certain aspects of Islamic Law (Shari’a) would be incorporated into British Law. Some five months later, Lord Phillips gave qualified support to the Archbishop’s remarks. The contributors to the book therefore variously discuss and examine in detail the question of whether Shari’a should be incorporated into the legal systems of the liberal democracies of the West. ‘The [archbishop’s] comments provoked outrage’, says the book’s dust jacket, among those ‘who viewed any recognition of Shari’a law in Britain with alarm’. Alarm? We would say “teeth chattering terror”, more like. No doubt timely in its time so to speak, the publication of this book, following the events of early 2011, is a little behind the times even now. The problem with the word ‘Shari’a’ (which apparently occurs just once in the Koran), as well as the phrase ‘Islamic Law’ is that each is subject to interpretation, or by extension, misinterpretation. There’s confusion too, over the differences between the words ‘Islam’ and ‘Islamism’, the latter being described as ‘a political philosophy and programme’…a ‘belligerent ideology’ and a ‘puritanical ideology.’ ‘Puritanical!’ Oh, dear – we digress again – we hope this doesn’t refer to, or include those original Puritans of the 17th century whose number includes Cromwell, Milton, a whole shipload of Pilgrim Fathers and at least some of the founders of Harvard University. And they wanted a ‘pure’ form of government cleansed of the stale corruption of the Stuart monarchy– a dictatorship in all but name. Cromwell’s statue still stands outside Parliament, probably because even though he was a flawed character and not too popular a chap, it’s doubtful whether we would have had a Parliament at all without him. Therefore, describing jihadists and their ilk, for example, as ‘puritans’ (by one of the commentators) could be considered a little unfair and not a little inaccurate! That said, this book is nonetheless eminently fair in its minute examination of a complex subject. Certainly it contains a fair cross-section of opinion on the issues and controversies surrounding Shari’a. If you wish to be better informed about Shari’a, then this is the book for you – despite the fact – minor cavil here – that on the map of Global Islam, (Fig. 1 on page 13), the British Isles seemed to have slipped off into some sort of North Sea Bermuda Triangle! Except for Eire, they are the ‘disappeared’ … obliterated… gone. Is this meant to be an ideologically or geopolitically significant message in code? Or is it somebody’s flawed ink cartridge? No, just an omission, but perhaps you might read the book and draw your own conclusions on whether it is Sharia for the West!