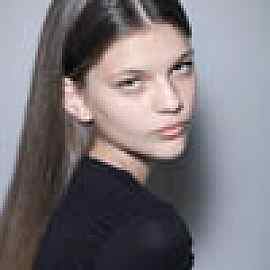 This book was a really good, entertaining, educational read. Good because it is character-driven, entertaining because there is a lot of plot action, and educational because it takes place mostly in Afghanistan, of which I knew little about. Definitely recommended, though I just couldn't give it 5 stars for some reason. Provocative relationship and cocaine sequences, boring and unnecessary ghost tale follows. Some of his pretentiousness was entertaining, too, but mostly it doesn't work...and if I hadn't thought it would spice up in the end (another bathroom drug scene), I would have dropped it at page 150. I found the dialogue, at least between adults, very clumsy - to the point of really disliking the people I should have liked when Hulme wanted me to like them, and then only liking them when they went right off the rails. But still, worthwhile persevering to the end, perhaps. This book is incredible: moving, eye-opening, horrifying, inspiring, and deeply disturbing, all at the same time. Raines wisely allows the various historical figures to describe their experiences in their own words, and so on some level it is their storytelling ability that makes the events come alive. Yet Raines' skill in coaxing these stories from those who lived through the atrocities of the Civil Rights movement and the careful piecing together of those stories undoubtedly entitle him to his own fair share of the credit for this masterpiece. My experiences with oral histories (both fictional and non-fictional) have been quite impressive, but the use of oral history as the medium for the story was, in this case, an inspired choice. As with other oral histories, the telling of the story through individual experiences (rather than dry, omniscient narration) heightens the emotional effect of the material--the reader feels the panic, senses the chaos, marvels at the senseless hatred and violence that plagued the South in the 1960s. Indeed, the book makes for a disturbing read, as the horror and fear and pain are all too clearly communicated through the memories of those who lived through the events. In particular, I appreciated Raines' focus on the strategic decisions made behind the scenes. The ultimately decisive choice to use Gandhian non-violence was not a foregone conclusion. There were advocates for violent resistance all along the way, and it is Providential in the extreme that non-violent civil disobedience ruled the day. And other decisions were similarly fateful: We all know about Rosa Parks, but I for one never realized that her case was carefully selected to be the test case--that someone was sifting through the instances of discrimination and identified her story as the right one to tell to communicate to the masses the injustice of the situation. Likewise, the discernment of those who saw in Martin Luther King, Jr., the face and voice of the man to lead the movement to victory. History forgets these behind-the-scenes characters, but it is their choices that make or break history just as much as the visible heroes. I was particularly struck by the unbending dedication displayed by those involved in the Civil Rights movement. It has not been so many years since the events described in this book took place, and yet that kind of commitment to an idea--any idea--has virtually disappeared from our society. These people faced the very real risk of serious bodily injury or death on a regular basis, and they did not flinch. They accepted that some causes are worth dying for, and that a man's life should be spent in furtherance of something greater than himself. And not just one man, or two. Hundreds and hundreds of people agreed and were willing to risk their lives for what they believed was right. And students--now often lamented as unmotivated, lazy, and stupid--were among some of the most influential and dedicated individuals involved in the movement. Indeed, next to such dedication, even religious commitment in the modern world seems watery and ineffective. It is no wonder that so many who came out of the movement (or were raised by those who came out of the movement) espouse the cause of civil rights as if it were a religion--it demanded, and was given, far greater fealty than has been paid to religion in America since the Puritan days, if then. A convicting realization, to be sure. I confess that my own appreciation of the reality of the Civil Rights movement was and is woefully inadequate. As is often the case when learning about historical hardship and victories, I had no idea what really went on, what the real cost was to those involved. I was humbled by this book--by the stories told and the people who told them. And I am grateful for this book, because I think it made me a little wiser by opening my eyes to how little I really know. Everyone should read this book. In particular, I think it should be a required part of American History curricula at the high school and/or college lecture. I learned a heck of a lot more about the Civil Rights movement from this book than I did from whatever American History textbook was used at my high school. An absolutely brilliant book. Please read it. I doubt very much that you will regret it.